To follow up on the Declaration from the Tromsø Ministerial Meeting of the Arctic Council (2009), the ACAP WG established an Expert Group on Short-Lived Climate Pollutants (originally Short-Lived Climate Forcers and Contaminants Project Steering Group) in 2010 to implement pilot projects.

SLCPs such as black carbon and methane are listed among ACAP priorities in ACAP Strategy to Address Contamination of the Arctic Environment and its People for 2016-2020.

Black carbon has well-known and significant adverse impacts on human health and a significant impact on the environment, with a particularly strong effect in the Arctic. Evidence indicates that black carbon contributes to climate change by absorbing solar radiation and heating surrounding air when suspended in the atmosphere, and by reducing the reflectivity of the earth’s surface when deposited on snow and ice and other surfaces, accelerating the melting and warming process.

Action on short-lived climate pollutants complements mitigation of long-lived greenhouse gases such as carbon dioxide, and results in improvements in human health among indigenous peoples and Arctic populations. Given that short-lived climate pollutants reside in the atmosphere for a relatively short amount of time, reducing emissions can mitigate near-term warming impacts of climate change. This is especially important in the Arctic where warming is already occurring at a faster rate than most of the globe.

The mandate of the ACAP Expert Group on Short-Lived Climate Pollutants (SLCP EG) is to develop, coordinate and facilitate Arctic Council demonstration projects that reduce SLCPs emitted, transported and/or deposited in the Arctic.

Being one of ACAP’s subsidiary bodies, the SLCP EG acts as a strengthening and supporting mechanism, proposing actions to reduce SLCP emissions, as well as to reduce their environmental, human health and socio-economic impacts in the Arctic.

Through pilot projects and work of the SLCP EG, the ACAP WG demonstrates opportunities for reduction of pollutant releases, but relies on its Member States to contribute to scaling up efforts through strengthening their national policies. 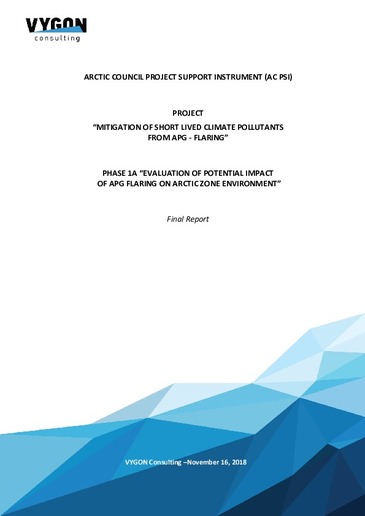